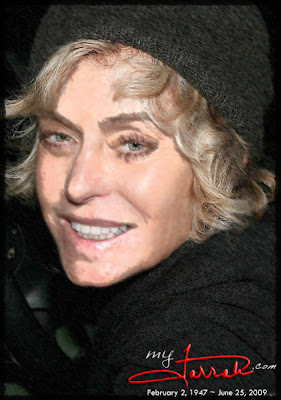 Although I thought the retrospective and special that Barbra Walters on 20/20 did in regards to Fawcett, overall, was good, I was very disappointed to see, once again, the photo of Fawcett in a wheelchair. It has been well documented and voiced by Farrah that she did not want to be photographed in a wheelchair and was very unhappy about the photo in question. It seems to me that Walters was either unaware or her entire staff at 20/20 wasn’t aware that this image was something that Fawcett didn’t want to be further disseminated. Disappointing that a journalist of Walters tenure didn’t do the research and know that this image should be deleted from the archives out of respect for Farrah.
at 9:27 AM