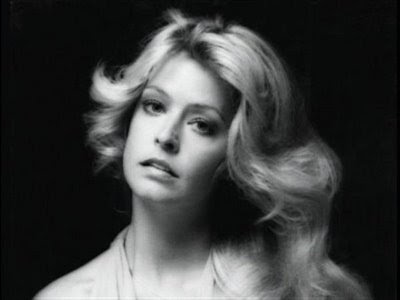 
RYAN O'NEAL (Fawcett's longtime companion)
“After a long and brave battle with cancer, our beloved Farrah has passed away. Although this is an extremely difficult time for her family and friends, we take comfort in the beautiful times that we shared with Farrah over the years and the knowledge that her life brought joy to so many people around the world.” 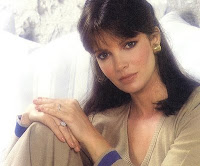 JACLYN SMITH (costar on Charlie's Angles)
“Farrah had courage, she had strength, and she had faith. And now she has peace as she rests with the real angels.” 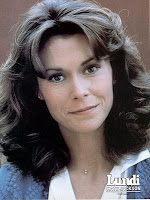 KATE JACKSON (costar on Charlie's Angles)
"I will miss Farrah every day. She was a selfless person who loved her family and friends with all her heart, and what a big heart it was. Farrah showed immense courage and grace throughout her illness and was an inspiration to those around her. When I think of Farrah I will remember her kindness, her cutting dry wit and of course her beautiful smile. Today when you think of Farrah remember her smiling because that is exactly how she wanted to be remembered...smiling."

CHERYL LADD (replaced Fawcett on Charlie's Angles)
“I’m terribly sad about Farrah’s passing. She was incredibly brave, and God will be welcoming her with open arms.”

ALANA STEWART (longtime friend)
"There are no words to express the deep sense of loss that I feel. For 30 years Farrah was much more than a friend, she was my sister, and although I will miss her terribly I know in my heart that she will always be there as that angel on the shoulder of everyone who loved her.”

ROBERT DUVALL (costar in The Apostle)
“Farrah had an outstanding talent, better than most feature-film actresses that I’ve seen. She was great to work with and will be missed.”

CRAIG J. NEVIUS (friend and producer of the 2009 documentary Farrah’s Story and 2005 reality show Chasing Farrah)
"Farrah was and is the true definition of an ‘icon.’ She was of her time but transcended her time. As unique as her name, Farrah was a completely original combination of poster girl, serious actress, tabloid celebrity, role model, talk show personality and social advocate: her career spanned more than four decades and personified the tremendous power and influence of entertainment on our culture. Not many stars can be credited with inspiring both a hair style and changes in legislation (surrounding domestic violence and more recently patient privacy). And she did it without posturing or campaigning but by simply choosing her own path and making her own rules. Farrah remained relevant to the very end. She will be remembered as the modern Mona Lisa and so much more. I will remember her as my friend.”

BARRY BOSTWICK (worked with Fawcett on Charlie's Angels and Spin City)
"I still remember, even before Charlie’s Angels, following her around a Bloomingdale's totally entranced by her beauty and charisma. I was the luckiest guy in the world to both work with her on Charlie’s Angels and then again having her play my love interest on Spin City. Her contribution to the industry has been nothing short of dynamic.”