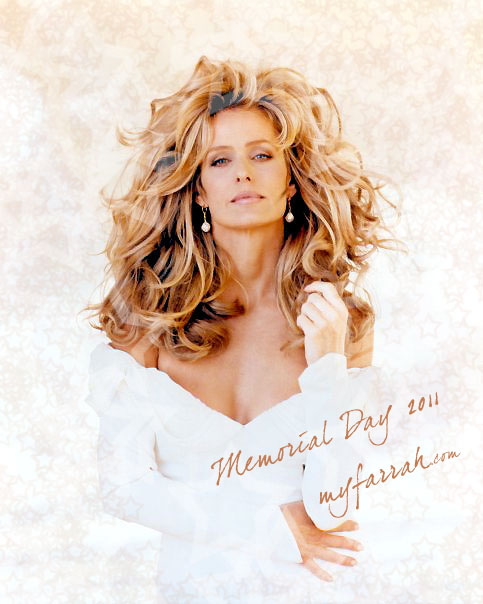 Remembering those lost this Memorial Day, those fighting in and those at home struggling with Cancer or other debilitating struggles that tie all of us together.
at 12:43 PM No comments: 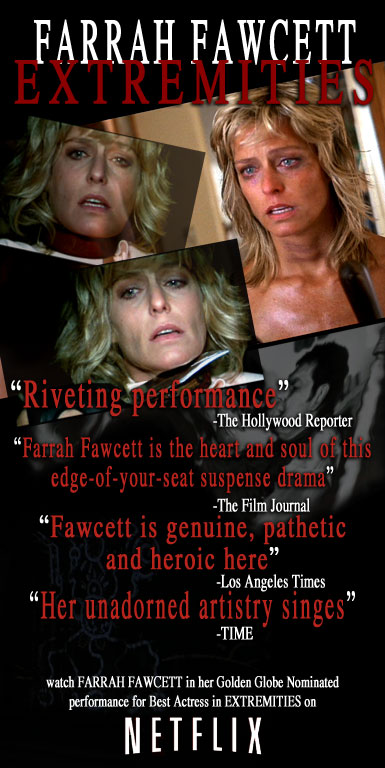 I just finished watching EXTREMITIES on NETFLIX (You can also order this film on ITunes) what a performance by Fawcett. It's easy to see why she was nominated for the 1986 Golden Globe for her performance in this film.
at 2:04 PM No comments: 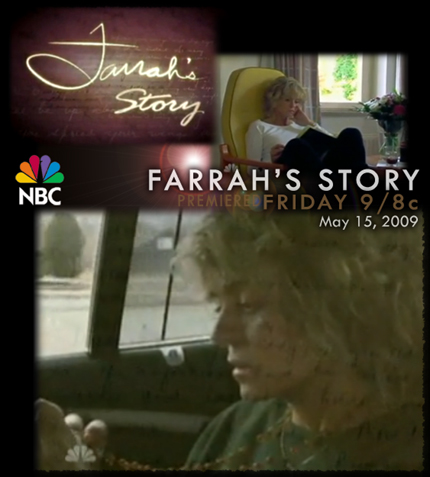 The New York Times
The Long Goodbye
By JIM RUTENBERG
Published: May 27, 2011


THE actress Farrah Fawcett was under full-time nurse supervision at her high-rise condominium on Wilshire Boulevard’s Golden Mile, floating in and out of consciousness, when NBC made its demand. The network had bid $1.5 million for a cinéma vérité-style film Ms. Fawcett was making of her struggle with late-stage cancer, and with the gossip media buzzing about her imminent death, NBC was eager to get the show on television for the upcoming May sweeps rating competition. “I do have to get this show on the air,” a network executive wrote to Craig Nevius, Ms. Fawcett’s production partner. “And I think you do, too.”

But Ms. Fawcett was too sick to approve a final version of the documentary, and Mr. Nevius was reluctant to move forward without her. “I must honor my duty to her intent and her vision,” he wrote back. NBC ultimately got what it wanted, but only after the actor Ryan O’Neal, Ms. Fawcett’s on-again-off-again boyfriend of more than 30 years, engineered a takeover of the project from Mr. Nevius.

Received as a seminal moment in television history when it was broadcast in May 2009 — making Ms. Fawcett “the first American celebrity to film herself dying,” The New York Post wrote — the film was complimented by reviewers for its candor, but was also called “sometimes almost unbearable” and “exploitative.”  If the documentary was a wrenching drama, the off-camera takeover itself was operatic, with threats of violence and a death-bed transfer of legal rights, leading to courthouse wrangling that pitted wealthy powerful Hollywood fixtures against Mr. Nevius, a prodigy screenwriter turned producer who never quite broke into the big time.

The struggle surrounding the film, pieced together through interviews, e-mails and warring lawsuits settled a few weeks ago, reveals a chaotic final chapter in the life of an American icon — and a particularly indelicate entertainment industry moment, even by the standards of the reality TV era. By selling her “video diary” to NBC, Ms. Fawcett turned her illness into the ultimate real-life programming for an ever-more voyeuristic audience. She intertwined her wishes for her story with the interests of a network fighting for footing in the television ratings race.

“She chose to film this and turn it into a TV show,” said Doug Vaughan, the NBC executive who oversaw the project. “It was their idea to do this.”  But Ms. Fawcett had intended the film to address shortcomings she saw in American cancer treatment and to present it in art-house style. She would reference François Truffaut when talking about her vision.  After Mr. O’Neal and NBC gained full control of the documentary, the film took on the feel of network celebrity fodder — at once more glossy and more morbid.

“It was a contradiction of what the film was supposed to be,” said Mr. Nevius, who had become Ms. Fawcett’s part-agent, part-manager, part-producer — and a full-time devotee.  Over Mr. Nevius’s objections, the film, originally titled “A Wing and a Prayer,” was renamed “Farrah’s Story,” echoing the 1970 film “Love Story,” in which Mr. O’Neal played a husband devoted to his terminally ill wife. (“ ‘Love Story’ was one of the most viewed movies of all time,” Mr. O’Neal said in an interview. “What’s his problem?”)

Mr. O’Neal became the leading man in “Farrah’s Story” as well, professing his love with only a hint of the tumult that marked their relationship.  Many scenes addressing the American medical system were scrapped or truncated. The new version included a more robust homage to Ms. Fawcett’s career as well as fresh, raw scenes, including footage of Redmond O’Neal, the couple’s son, saying goodbye to his mother. Temporarily released from jail where he was being held on drug charges, he arrived in a prison uniform and leg shackles and climbed into her bed as she lay nearly comatose. “Get real close to her,” Mr. O’Neal directed his son as the camera zoomed in.


This article has been revised to reflect the following correction: Correction: May 31, 2011 The Web summary for an earlier version of this article misstated the month in which Ms. Fawcett died. She died in June 2009, not May.
at 10:05 PM No comments: 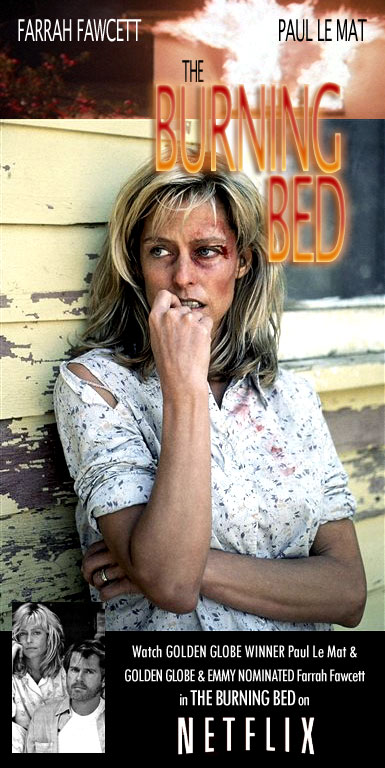 Two of Farrah's critically acclaimed films are on-line and viewable instantly on Netlfix, they are The Burning Bed and Extremities. So, be sure and check out Netflix if you don't have an account... it's easy, and it's also viewable on your IPhone or IPad. 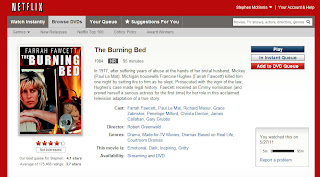 The Burning Bed: In 1977, after suffering years of abuse at the hands of her brutal husband, Mickey (Paul Le Mat), Michigan housewife Francine Hughes (Farrah Fawcett) killed him one night by setting fire to him as he slept. Prosecuted with the vigor of the law, Hughes's case made legal history. Fawcett received an Emmy nomination (and proved herself a serious actress for the first time) for her role in this acclaimed television adaptation of a true story. * 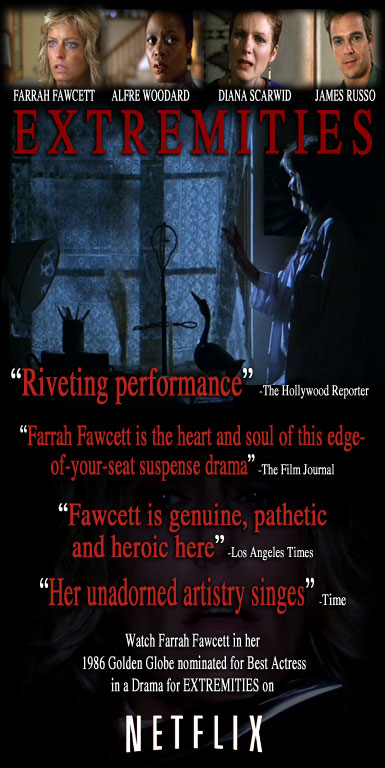 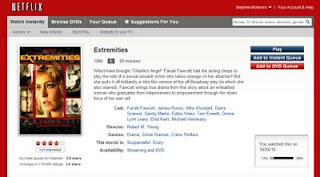 Extremities: Who'd have thought "Charlie's Angel" Farrah Fawcett had the acting chops to play the role of a sexual assault victim who takes revenge on her attacker? But she pulls it off brilliantly in this film version of the off-Broadway play (in which she also starred). Fawcett wrings true drama from this story about an embattled woman who graduates from helplessness to empowerment through the sheer force of her own will.* 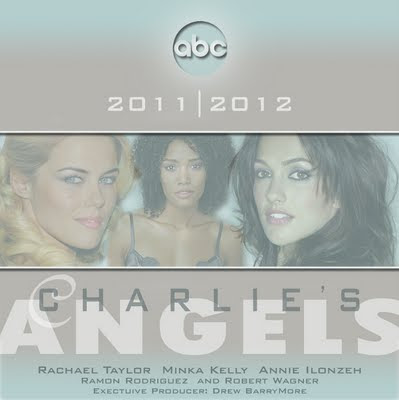 Note: ABC was the original home of Charlie's Angels.
Here is an article link about the show...
﻿
Below is the article that's linked above:


Things look like they are heating up in Miami as filming begins on the television reboot of 'Charlie's Angels.'  Rachael Taylor, Minka Kelly and Annie Ilonzeh have stepped into the crime-fighting roles made iconic in the original series, which aired from 1976-1981.  The new show, which is set in present day, will feature the girls as reformed criminals who are brought together by Charlie to redeem themselves, according to Entertainment Weekly.  Former big-screen 'Angel' Drew Barrymore serves as executive producer for the show, which is one of the most buzzed about pilots for the upcoming 2011-12 season.  And as for Charlie? Robert Wagner will play the voice made famous by the late John Forsythe, as the show plans on keeping Charlie out of sight like the original.  'Battle Los Angeles' star Ramon Rodriguez is set to fill the role of Bosley, and dished to E! Online about his new gig.  "I've been doing Bosley boot camp for the last two weeks," he told E! "It's fight training, gun training, hanging with the Angels, getting to know my girls, getting to know Charlie. It's been a really, really fun time in Miami."  "I get to put my imprint on a character that's been around for a long time, and I'm excited to kind of push the envelope with that. See what I can get away with," he added.
at 9:51 AM No comments: