Positivity is a necessity 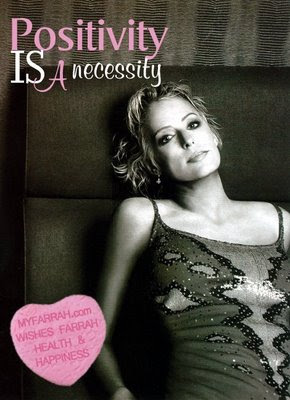 When I think back, and I think about what it may be like to be really sick, I remember that in my Freshman year of college (at Hastings College) I contracted Encephalitis. Encephalitis literally means an inflammation of the brain, but it usually refers to brain inflammation caused by a virus. It's a rare disease that occurs in approximately 0.5 per 100,000 individuals. Flies can transmit the virus.

I was blindsided by extreme headaches and bright light was very painful. Light at all, really. Before my roommate took me home to my parents (My Dad’s a doctor and my Mom a nurse) I could barely function. Now, this was all new to me as I was a tri-athlete. I ran, swam and biked every day. I was healthy and ate healthy. So, to be suddenly struck down and sick was very daunting. I don’t really remember the week I stayed in the hospital. I had an extremely high fever and I was in and out of consciousness. What I thought was just a couple of days was literally a week.

I don’t remember the visitors. I do remember the spinal tap. That I remember. I remember not wanting all those people in the room as I was turned on my side and the procedure carried out.

So, I have to think that this is a time, when, as Farrah states, “Positivity is a necessity.” Not just in word, but in action. There was an article on-line this AM by Ted Anthony, entitled, “The Fame Paradox: Pay attention to me, on my terms.” However, in Fawcett’s case, her private medical records were sold to the National Enquirer and her fight, her second fight was disclosed without her permission. She hadn’t told her family, her friends or anyone else in order to expose those selling her medical information. Something Mr. Anthony doesn’t acknowledge. Medical records are PRIVATE.

So Fawcett’s second fight went public. Why shouldn’t she tell her story, her way? It’s going to be told by someone anyway, why not get your story out with your own narrative.

The real point here is: when one is sick and fighting to get better, you really don’t, or in my case, I didn’t want people around. I wanted my privacy. I wanted to get better. To do that, you have to focus on yourself. And those around you will blanket you with love and in some cases, keep you shielded from what goes on outside of you.

In this day and age of computers, cellular phones, digital cameras and everything being public; that kind of privacy is gone and non-existent.

I believe Farrah can re-bound. She has always proved everyone wrong, be it a critic or a co-star by her abilities. She definitely has the spirit and will of a fighter. No one can argue that if they’ve viewed “Farrah’s Fight,” and I think what’s really important here is her quality of life at this time. She needs peaceful and calm around here. She needs to be able to focus on herself and not the fighting that is swirling around her that has nothing to do with her well being and being well.

Give Hackett the Hatchet: AXE him now. 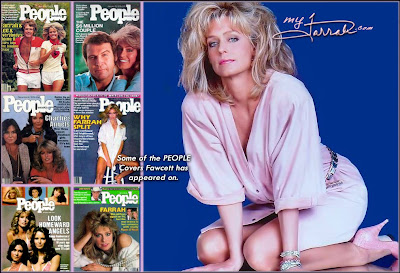 Here is the e-mail I sent to the editor@people.com

TITLE: GIVE HACKETT THE AXE

I hope your know that your readership and the public and general will not find Mr. Hackett’s quote to the New York Times a reason to ever buy another PEOPLE magazine as long as he is employed by PEOPLE. He should resign or be terminated much like the editor who made a joke about Jessica Savitch in print. Moronic, insensitive and cold. Farrah Fawcett is a human being and deserves to be treated as one: humanely. It seems as though all the parasites are coming out of the wood work to profit on her struggle, battle and profitable demise? That's really a sick and twisted way to demean someone in their hours of true need. His quote speaks not only for himself but for the lack of character. “We’re also on Farrah watch." he said. "At this point, Farrah has to die. It's the only cover left for her.”

People Editor should be terminated 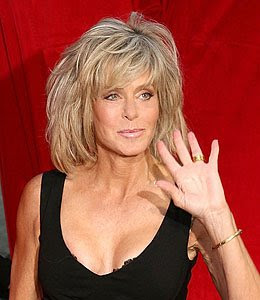 People Weekly Magazine editor, Larry Hacket, has a horrific quote in a NEW YORK TIMES (May 22, 2009) article about what makes a hot selling People's magazine cover. Hacket said:
“We’re also on Farrah watch." he said.
"At this point, Farrah has to die. It's the only cover left for her.”

Here's another article concerning his quote.
at 9:41 AM 1 comment:

It's Seriously Time For A Miracle 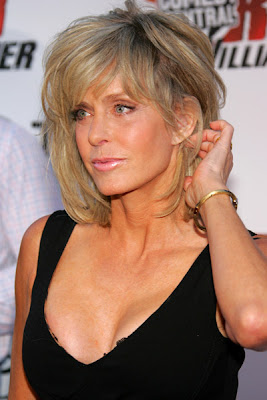 Photo from the William Shatner Roast

I re-watched Farrah's Fight on MSNBC. Having been a fan of hers for over a decade and then some, and having had a web site up and about her since July of 2005, I have to say the documentary of her fight over the last two years was extremely touching, revealing and moving. Her narrative along with the unflinching and ever supportive Alana Stewart make this a real testament to the support and love your friends can bring to the table when you are truly fighting for something. In this case: life.

There have been many articles written and I think it was Fawcett's way of stating her thoughts, her experiences in her way through the conduit of Ryan O'Neal and Alana Stewart. If you haven't seen it, check it out on-line. If you go to http://www.myfarrah.com/ you can click a link that will take you directly to the documentary with limited commercial interruption. It beats trying to watch it on Youtube. As Farrah states in the film, "And so I say to God, it is seriously time for a miracle." I hope, there is one.
at 6:53 PM 1 comment:

This was originally written on: Friday, May 15, 2009.
I watched Farrah’s Story tonight. It was heart wrenching and sad. Sad in that Fawcett is, seemingly, losing her battle. The spirit and never ceasing “positivity” that Farrah exudes though, is admirable and unflinching. Even in her most painful moments, she doesn’t complain. She cries, but she doesn’t blame. She doesn’t utter “Why me?”
The real blessing here is not just Fawcett’s complete determination to keep her “fight the fight” attitude but it’s in her best friend: Alana Stewart. If everyone could have a best friend like Alana, the world would be a better place. Stewart, rarely seen but ever present behind the camera is strong from the first phone message when she is telling Fawcett to get on the next plane to Germany. Stewart is a faithful and never bending force to be reckoned with.
Her quiet determination and her allegiance to Farrah is refreshing and inspiring. Ryan to is present but in the heart that is breaking way. It’s his humor that helps Fawcett throughout, but it’s his bare all honesty that really moves you. What could be more human than telling people “you’re scared?” He doesn’t hold back. He’s candid and irreverent.
Fawcett makes the statement that sums up a life: How are you? What are you fighting for? In her battle to save her own life she has uncovered and turned the camera around on the viewer and that is the best gift of all. Self examination and the realization that life is about relationships and the love and life we lead and desire to live and lead.
at 5:36 PM No comments: