Actor Dick Van Patten was a long time friend of Fawcett's. Here is his obituary from CNN.com.

(CNN)Dick Van Patten, the seemingly ubiquitous actor perhaps best known for his starring role as the father on the 1970s series "Eight Is Enough," has died. He was 86. Budd Burton Moss, Van Patten's longtime agent, confirmed his death. "He had been ill for a long time," Moss said. The actor died Tuesday morning at a Santa Monica, California, hospital, according to The Hollywood Reporter. Van Patten, a former child actor, was a familiar face on movie and TV screens for decades, going back to the late '40s show "Mama," based on the play and movie "I Remember Mama."

He was a frequent guest star and occasional regular, appearing on shows ranging from the police drama "Naked City" to the sitcom "I Dream of Jeannie" to the comedy anthology "Love, American Style." He appeared in three Mel Brooks movies, many commercials, had dozens of character roles and acted in such films as "Charly" (1968) and "Westworld" (1973) -- not to mention several Broadway plays.
"I've probably had more jobs than any other actor living," he told a Los Angeles site, The Pet Press, in 2006. (He was also a pet food mogul, having founded Dick Van Patten's Natural Balance Pet Foods.) But he probably had his biggest fame with "Eight Is Enough" in which he played Tom Bradford, a Sacramento, California, newspaper columnist with eight children. The series was based on a book by Thomas Braden, a journalist and political activist who later hosted the first iteration of CNN's "Crossfire."
Though the series kept little of Braden's life, his demeanor and love for his children resonated with Van Patten. "Tom Bradford was very much like me," he told the Academy of American Television. "His family came first. His career was second. It was the same with me." 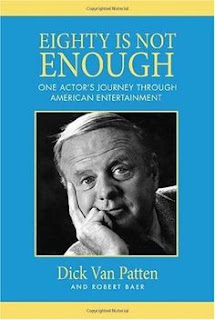 Van Patten and his wife, Pat, had three sons, Nels, James and Vincent, all of whom went into acting. His sister, Joyce Van Patten, is also an actress, and his half-brother, Timothy, is a famed director who has overseen episodes of "The Sopranos" and "Boardwalk Empire."
"Eight Is Enough" ran for four seasons, from 1977 to 1981. During its run, Van Patten was also an occasional guest on "The Love Boat."
Director Mel Brooks was fond of Van Patten, who appeared in three Brooks film comedies: "High Anxiety" (1979), "Spaceballs" (1987) and "Robin Hood: Men in Tights" (1993). That was his second appearance in a Brooks-led Robin Hood project: He'd played Friar Tuck in Brooks' short-lived Robin Hood TV series, "When Things Were Rotten."
"It's great. It's like a game," he said on working with Brooks. "It's not like work. He keeps you laughing the whole day on the set."
Van Patten published a memoir, "Eighty Is Not Enough," in 2009.
at 9:00 AM No comments: 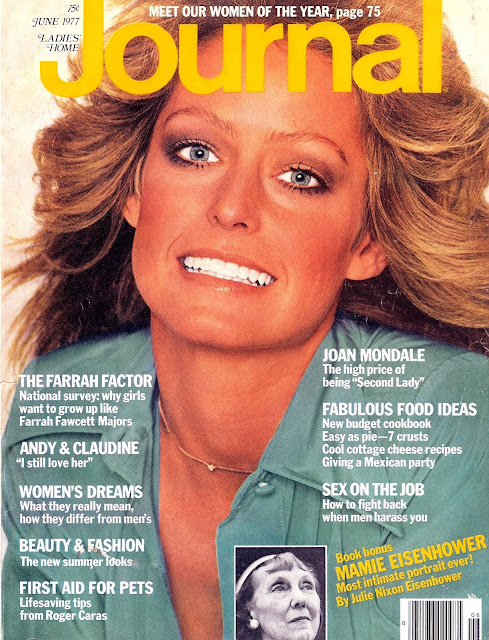 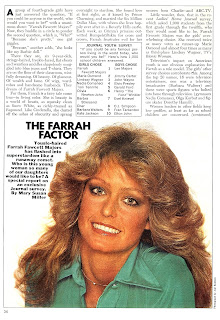 Remember this June 1977 cover and story/article about Farrah Fawcett-Majors? THE FARRAH FACTOR was the Ladies Home Journal survey on why girls wanted to grow up toe be like Farrah! For more on Farrah visit http://www.myfarrah.com.