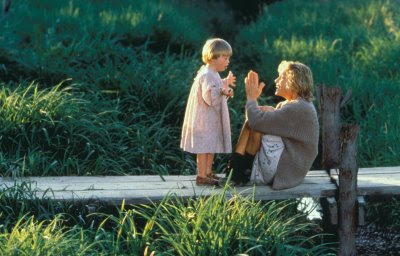 I watched AJ Hammer’s comments/story about Farrah Fawcett, in contradiction to what he reported; Fawcett did have a strong body of work. It was steady, and mostly in television. But she did garner multiple Golden Globe nominations and three Emmy nominations. She wasn’t just in Extremities and The Burning Bed, she was also in Between Two Women, with Coleen Dewhurst (Dewhurst took home the Globe) she was also in Robert Duvall’s The Apostle, she was nominated for a Golden Globe for Poor Little Rich Girl: The Barbra Hutton Story and she was also nominated for Small Sacrifices. Among other strong performances, such as Margaret Bourke-White on TNT.
I have been the creator of a site in homage to Fawcett since 2005, http://www.myfarrah.com and just wanted to point out that Fawcett’s career spanned four decades and although her height of fame may have been her first year on Charlie’s Angels and the additional six episodes over the course of the following seasons, she was recognized and nominated for her work as an actor, including, most recently The Guardian.
at 8:28 AM