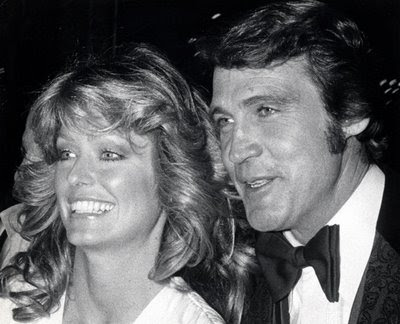 
After over two decades of estrangement, Farrah Fawcett spoke with her ex husband Lee Majors months before her death, USmagazine.com reports.

The two were married in 1973 and separated in 1979. They both were at the height of their respective fame; she with "Charlie's Angels" and he with the "Six Million Dollar Man."

"He didn't feel like he could reach out to her himself - it had just been too long but he still cared about her deeply," US magazine reports through a source. "He would send funny messages to her through friends, and she would do the same, and it was very sweet."

This past February, in the midst of the battle for her life, Fawcett received a call from Majors on her birthday.

"They had a 40-minute phone conversation about her life and the cancer and it was such a lovely moment for the two of them. I guess it was a good conversation. They joked and they got a little bit emotional," a source told US.

After divorcing Majors, Fawcett entered a long-term relationship with Ryan O'Neal. Although he proposed again and again, Fawcett only agreed to marry him a few days before her death.

The source reported to Us magazine that while both Majors and Fawcett had moved on in their personal lives, the small reunion was very special to both of them.
at 9:34 AM