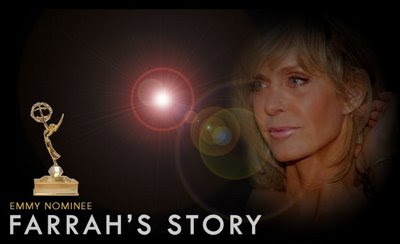 Nominees for the prestigious Emmy Awards were announced today, but for one it was too late to join the celebrations. Farrah Fawcett died of cancer three weeks ago, but her documentary charting her battle against the disease has been nominated in the nonfiction special category. 'It's very bittersweet. Farrah passed away three weeks ago today,' said Alana Stewart, who helped film her longtime friend for Farrah's Story. 'I know that she would be so, so happy. This was so important to her, this project. 'She's been nominated before, and I just know that this would be the most important one of all.'