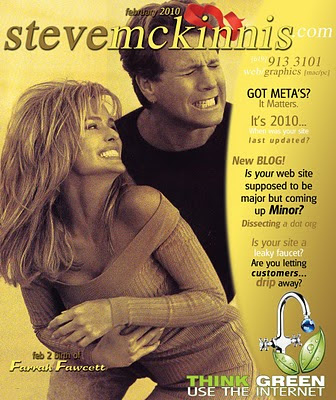 Although February is almost over, I never quite lose site of the fact it is the birth month of Farrah Fawcett. The original GOLDEN GIRL, Farrah was the “IT” girl before internet existed. Before hair extensions and plastic surgery was the norm, Fawcett was the All-American girl straight from Texas. Her thousand watt smile graced dorm rooms and adolescent boys and girls idolized her. Her fame was world renowned and the beautiful girl from small town Corpus Christi shot to the kind of fame publicists and Hollywood agents strive for their own clients today through media blitz tours and press releases and interview junkets. Fawcett was famous without the internet. It didn’t exist yet. VCR’s weren’t around either. She was the all natural beauty who defied the laws of gravity and she was the cover girl for everything from shampoo to a necklace, aptly called “the faucet.” Fawcett went on to prove herself a savvy business woman. She was more than the smile and hair in the poster and those closest to her knew she was smarter than most gave her credit for. Fawcett fought a valiant battle in the end. The unfortunate media onslaught and feuding hasn’t stopped, even though Fawcett is physically not with us. Her image and her famous smile will be an American Icon long after those who knew her and remember her as one of the three original Charlie’s Angels have gone on after her.

Fawcett graces one of two screens on my site this month.
at 10:20 PM