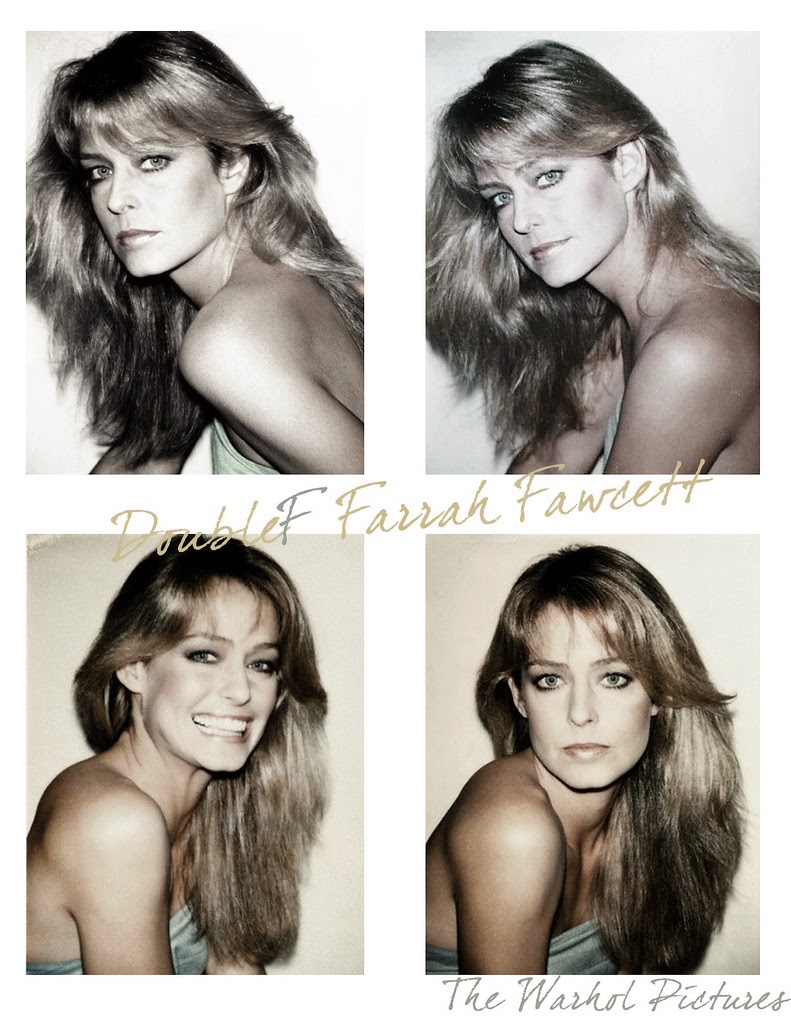 WASHINGTON — The small drawing — a collection of scribblings, really — isn’t much to look at: a series of split hearts with a few words and numbers on it. Except for one arresting feature: the signature by the artist, Andy Warhol. 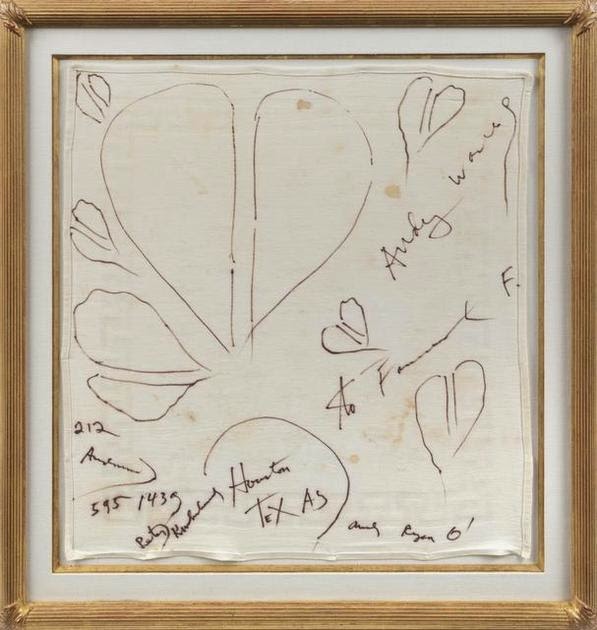 The unusual artifact, drawn by pen on a cloth dinner napkin, is up for auction next Friday in Beverly Hills, Calif., after a high-powered legal battle between the University of Texas at Austin and actor Ryan O’Neal over art owned by the late actress Farrah Fawcett.

A jury decided in December that O’Neal was the rightful owner of a Warhol portrait of Fawcett, his longtime lover, but that the “Warhol napkin” was jointly owned by the university, to which the actress had bequeathed all her artwork, and him.

The university at first appealed the Los Angeles County Superior Court jury’s verdict, then settled with O’Neal in May, with the actor keeping the portrait of Fawcett, valued at least at $12 million, and both sides agreeing to sell the napkin at auction and divide the proceeds. Fawcett, who was from Corpus Christi, Texas, studied art at the University of Texas at Austin before moving to California to begin her career.

While the framed 24-by-24-inch drawing is rather plain, it has quite a colorful back story, one that Darren Julien, the president and chief executive officer of Julien’s Auctions, thinks will push its price as part of an “Icons and Idols” auction way beyond the $6,000 to $8,000 estimate.

How is that possible? Part of the interest in the piece comes from its being an authentic item by Warhol, the enfant terrible of the contemporary art scene who died in 1987 but whose works have taken on a life of their own.

Warhol’s art has recently spiked at auction; his “Triple Elvis” sold for nearly $82 million Nov. 12 at a Christie’s auction in New York. The painting, with three frames of a gun-slinging Elvis Presley, was the auction’s top seller, and it helped set a sales record for a Christie’s contemporary art auction. It had been estimated to sell for about $60 million.

The napkin isn’t in that league, of course, but it features Fawcett and O’Neal, iconic figures who became famous in the 1970s, she for TV’s “Charlie’s Angels” and he for the movie “Love Story.”

Both their names are on the napkin, and O’Neal himself set the scene in 1980 that led to the drawing of the napkin.

“Farrah and I were new lovers. We were at a dinner celebrating Andy’s new book at the home of Lynn and Oscar Wyatt in Houston, Texas,” O’Neal said, according to the auction house catalog. “I had known the Wyatts and Andy Warhol for over a decade, and during the course of the dinner, Andy observed Farrah and I. He (Warhol) saw the love between us and it inspired him to draw . right there on our napkin. Two hearts joining as one.”

Wyatt is a legendary Texas oilman and his wife a famous socialite, and the drawing includes a curved line, presumably Texas, and the words “Houston Texas” as well as a New York phone number, considered to be Warhol’s.

Fawcett had the napkin framed and kept it at her home. The couple, who never married but had a son together, split in 1997, although they were together on and off, according to O’Neal, for the rest of her life. Fawcett died of cancer in 2009 at 62 years of age.

When the University of Texas sued O’Neal over a “missing” Warhol portrait of Fawcett — there were two nearly identical paintings, of which the university had one and O’Neal the other — the actor countersued over the napkin, which the university’s Blanton Museum of Art had possession of. The napkin is now at the Julien’s Auction gallery, where it will be on display starting Monday, leading up to the auction.

Julien thinks the work will be a draw. “It’s part of pop culture history,” he said.

It hasn’t gotten much attention so far for this auction, though, which has highlighted dresses and outfits worn by Princess Diana, the late mother of Britain’s Prince William, Duke of Cambridge.A work of art by Fawcett also up for auction, by an anonymous owner: a nude bronze sculpture of a female torso. It’s signed by Fawcett, but its pre-auction estimate is only $3,500 to $5,500.