Ryan O'Neal: Andy Warhol portrait of Farrah Fawcett 'is mine'

Los Angeles (CNN) -- Actor Ryan O'Neal told a jury on Monday that he is the rightful owner of an Andy Warhol celebrity portrait that hangs over his bed. It is of the woman he considers the love of his life, "Charlie's Angels" star Farrah Fawcett.

Fawcett, who died of cancer in 2009, bequeathed her art collection to her alma mater, the University of Texas at Austin; the university is accusing O'Neal of stealing away with its Warhol.

"The painting is mine," testified the 72-year-old actor, who rose to fame as the impossibly handsome star of the 1960s television soap opera "Peyton Place" and the 1970 film "Love Story."

He admitted taking the portrait, a striking black and white print with ruby red lips and turquoise eyes, from a wall outside the bedroom of Fawcett's Wilshire Boulevard condominium about a week after her death on June 25, 2009.

"I removed the painting a week or more after she died," he testified. 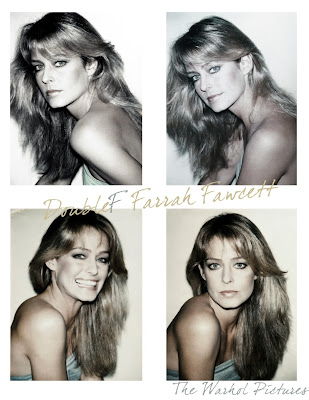 The portrait now hangs over O'Neal's bed at his Malibu beach house -- just as it did from 1980 until 1998.
Over the heated objections of O'Neal's lawyer, Marty Singer, the jury heard about how the portrait came to leave the beach house in the wake of the couple's infamous "falling out" in February 1997. The love affair between two baby boomer icons hit an extremely rough patch when she walked in on him in bed with a much younger woman.

"That person that was in her -- in your beach house at the time was 25 years old, right?" an attorney for the university, David Beck, asked. Singer's objection was sustained before O'Neal could answer. Beck persisted, asking if Fawcett was "furious."

"No," O'Neal responded. "She was hurt. She was in shock." He added that she felt "pitiful and disgraced."
Beck pushed on, asking whether the portrait was hanging over his bed at the time.
"It was," O'Neal acknowledged.
But not for much longer.

"About a year after the incident I asked her to keep the portrait with her, store it for me, because my young friend was uncomfortable with Farrah staring at her," O'Neal testified.
Fawcett's response, according to his testimony: "I'd like you to leave it there because I want to make her uncomfortable."

By the time Fawcett moved into her L.A. condo in 1999, she had possession of the Warhol portrait -- as well as a twin print Warhol created at the same time. O'Neal insisted they reconciled a couple of years later. "She forgave me."

Like so many of the facts in this case, the impetus for Fawcett's turn as a model for Warhol is in dispute. O'Neal says Warhol, an old friend of many years, approached him in 1980, about a year after he started seeing Fawcett. By then she was already famous for her role on "Charlie's Angels" and that ubiquitous red bathing suit pin-up poster.

But Beck has suggested another scenario. He says Warhol approached Fawcett directly, at a luncheon at a Houston country club. 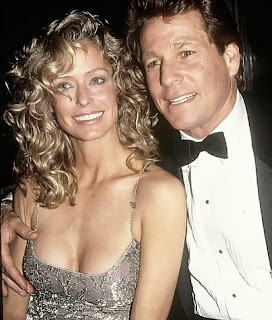 Both O'Neal and Fawcett attended the two-hour session at Warhol's New York studio, known as The Factory. Dozens of Polaroid photographs were taken, but there wasn't much fuss. "It didn't take long," O'Neal said. "Doing her hair took longer than taking the pictures."

Later, he said, he received a call to pick up the paintings and saw them stacked with several others, including portraits of Marilyn Monroe and Elvis Presley. O'Neal said he and Fawcett each received a painting as part of the deal. They carried them out and loaded them into a Checker cab.

And so, O'Neal said, he can't steal what's already his. He also said it was his idea that Fawcett leave her art to the University of Texas, but that the Warhol portraits weren't part of the plan.

The university sued O'Neal first, demanding in 2011 that he turn over the portrait so it could be displayed with its twin. The actor countersued, in turn seeking a court order giving him a tablecloth Warhol decorated with painted hearts. It is included in the Fawcett collection, but O'Neal insists Warhol painted it for both of them.
The other portrait, which differs slightly from the one in O'Neal's beach house, hangs in the university's Blanton Museum of Art in Austin. Singer says the university's insistence on possessing both portraits is financially motivated, but O'Neal just wants to pass the portrait on to the couple's son, Redmond. 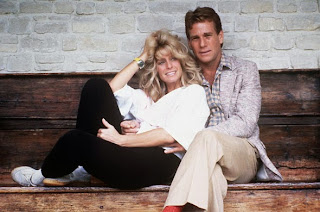 That legacy brought the day's most emotional testimony. O'Neal struggled to maintain his composure as he read a letter Fawcett wrote their son at Christmas 2007, after her cancer was diagnosed. She had wanted to make him a sculpture as a gift but was too weak to complete it.

"Redmond," her letter began, "It is important that you know that not only on this Christmas Day but in all that days since you were born and in all the years that follow, you, sweet boy, are the love of my life. My most special gift from God. I look at life differently now since I became ill. I look at every day with appreciation and gratefulness. It changed my outlook knowing that life could be taken away so easily. There is a quote that has more meaning to me now and I hope you will be able to use it at 22 years old instead of 60 years old. 'You don't get to choose how or when you are going to die. You can only decide how you are going to live.' I don't want any regrets because I waited too long. Life is a miraculous gift and as your mother I want to guide you to appreciate yours."

O'Neal was the first witness to take the stand Monday morning, followed by a high-end mover who handled both Warhols when Fawcett moved into the condo in 1999.

Craig Nevius, a television producer who worked with Fawcett on the reality show "Chasing Farrah," occupied much of the afternoon and is expected to return to the witness stand on Tuesday, when jurors will be shown video excerpts that include a trip with a celebrity auctioneer to a storage facility to view one of the Warhol portraits, Fawcett's famous red tank suit and other memorabilia.