﻿You'll Never Make A Living With Art. The Art of Noel Cruz, Part 1.

You'll Never Make A Living With Art.
The ART and Passion of Noel Cruz, Part 1.
by Steve McKinnis 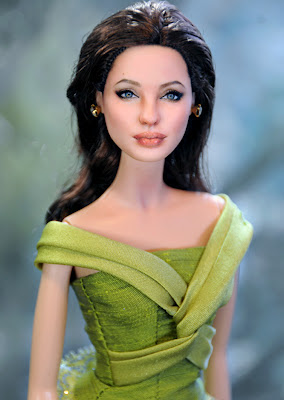 You might think “Those are photoshopped!” or someone cleverly adjusted photos of dolls to look exactly like the person painted over on a factory painted doll but, in fact, they aren’t. has perfected his artistic ability of drawing and painting to a three dimensional canvas of dolls. Tonner, Mattel, Gene, and other doll manufactures’ have seen Cruz repaint their factory produced dolls. Cruz most recently repainted a doll for a very prominent doll manufacturer and technically outlined what he did and how and where on the points of the dolls face.
The reality is this; many doll companies do not and can not replicate what does because it takes a human eye and hand to meticulously put the strokes of paint on to the dolls face to shade, curve and contrast what then becomes the image of those being replicated.
did not start off as an affluent artist born in the lap of luxury. In fact Noel grew up poor and one of six brothers. In 1974 Noel was twelve years old and drawing everything he saw and imagined. Noel did not see a television or television program until he was sent off to live with his Aunt and watched, in amazement, his first program “The Miss Universe Pageant” peeking through the window of his neighbor’s house.  Noel was already an artist at heart. Constantly sketching and drawing and making portraits. But it wasn’t until he saw the parade of different ethnicities walking across the stage in quest of a crown that he became transfixed on the female face and form.  It was shortly thereafter that Noel saw the muse of his future fixation, “Lindsay Wagner” in The Bionic Woman.  Noel was hooked on Jaime Sommers, played by the beautiful and talented Lindsay Wagner and began sketching her. Smiling, running, whatever Lindsay did, he would sit and watch and draw and sketch. Trying to capture and recapture whatever it was that Lindsay did as Jaime.
“In the Philippines, what your Parents tell you is Wisdom. They told me to be an accountant. That I would never make a living at art. So, that is what I did.”
Noel shared with me that he and his brother would race home and, from memory, try to re-draw everything they had seen while watching The Bionic Woman.  Noel’s infatuation and admiration for Lindsay aka Jaime grew and did not dissipate over time.  His passion for drawing her and other personalities never diminished even in the wake of an unsupportive family who quickly and consistently denounced art and his talents.  Born in the and growing up poor, Noel said, “In the Philippines, what your Parents tell you is Wisdom. They told me to be an accountant. That I would never make a living at art. So, that is what I did.”
Cruz was not happy studying accounting. Noel had no passion for numbers or the classes he was fortunate enough to be able to attend.  His truth and his heart were for art.  His sketches now resembled photographs. Meticulous pencil work that you could swear was traced or a scan of a photograph.
His family and his friends would often shower him with accolades about his prowess as an artist but still their support was not in his abilities as an artist but solely on the pursuit of life as an accountant.  It was while Noel was living with his Aunt and attending school for accounting that he became deeply hurt and struggled with the negativity that his Aunt showered upon him daily about him “never amounting to anything.” Cruz was verbally abused by his Aunt and began to doubt and believe that he could achieve anything, let alone his pursuits as an accountant.
Fast Forward.
It’s 2012 and has just posted his latest repaint, a replica of Angelina Jolie.  Cruz is now a much sought after re-paint artist with a stellar reputation for his strikingly accurate and beautiful repaints of the famous that garner thousands of dollars on a weekly basis.  Cruz has repainted over five hundred dolls in just ten years.
Cruz has mastered what most artists struggle with; teeth, the balance between shadow and light and most importantly, the ability to capture the essence of someone extremely well known and photographed.

Cruz has an exacting method to his “madness” and he does not settle or compromise his pursuit as an artist in any way, shape or form and that “perfectionism” that he strives for is why his repaints can demand the amounts that they are reaching on Ebay as well as his commissioned work.  Currently Noel does not take commissions as his schedule and production list is long and lengthy.  Cruz’s passion for repaints have drawn the attention of top doll making companies like Mattel and others to seek him out and meet with him for his thoughts and expertise on the art of painting a dolls face. 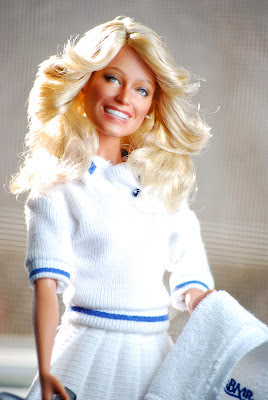 “The problem with mass produced dolls is the face paint.  It is virtually impossible to recreate small scale features and shades by a mechanical production line,”
- Noel Cruz.
Clearly, it is a problem as famous nods to those passed and living do not resemble those depicted. “Doll collectors are becoming very savvy and demanding that the dolls look like the celebrity.”  Cruz does believe the talent is there but the cost is why the mass produced dolls are not technically accurate.  “I can see that the sculpt is there but the facial paint it not.”
Cruz has painted Farrah Fawcett, Angelina Jolie, Meryl Streep, Anne Hathaway, Judy Garland, Elizabeth Taylor, as well as the cast of the Twilight Series and hundreds of others.  You can see more of his work through his web site http://www.ncruz.com/.
Noel Cruz and his wife have one son and reside in . 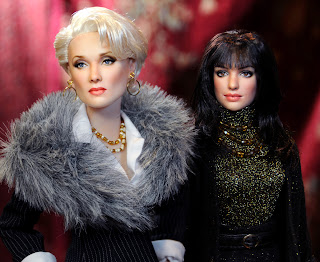 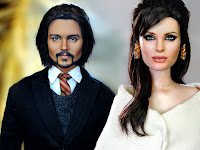 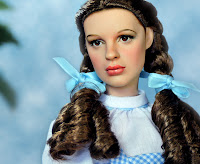 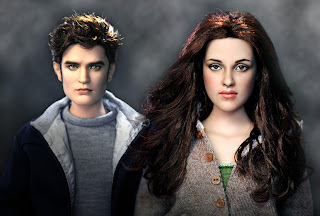 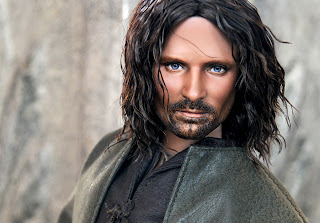 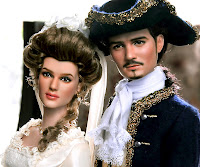