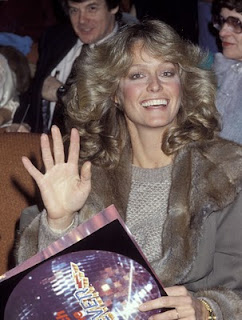 Farrah Fawcett's Bel Air mansion is currently up for sale with a $6.4 Million price tag.
The former home of the late Angel herself, Farrah Fawcett, is currently on the market, listed on REALTOR.com® for $6.4 million. Fawcett rose to stardom as a private investigator in the 1970s TV series, Charlie’s Angels, and quickly became an international sex symbol.  Big Time Listings reported on the Golden Globe and Emmy Award nominated actress’ home for sale back in 2008 for a much smaller asking price at only $4.1 million. In addition, the Real Estalker mentioned that legendary singer Mariah Carey and actor Nick Cannon previously paid $7 million for Fawcett’s home.
Farrah Fawcett’s 4 bedroom, 4.5 bath Los Angeles, CA home listed for $6,495,000 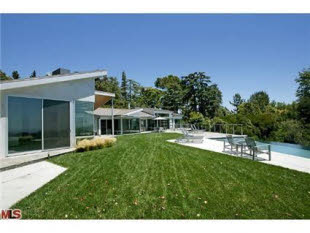 This beautiful home comes with spectacular panoramic city, canyon, mountain and reservoir view. The home was built in 1950 and boasts large windows, sliding glass doors, a wine cellar and huge his/her closets in the bedrooms. Granite counters grace the kitchen, while a spa, covered porch, gym, backyard fireplace, flat screen TV, and BBQ area with refrigerator make for great entertaining. Fountains, a 55-foot veranda, gardens, a gazebo, infinity pool, small vineyard and parking that can keep up to nine cars also stand out in this legendary 2.4 acre estate.
Fawcett passed away last year after a graceful battle against cancer that had been well documented. Her death occurred only hours before the king of pop, Michael Jackson, also died.
Click Here to see the listing...
at 10:34 PM