First: In a poll conducted recently to determine the sexiest swimsuit celluloid moment, sex siren Ursula Andress has bagged the trophy for her eyeball grabbing bikini appearance in the 1962 sleuth film ‘Dr. No’. 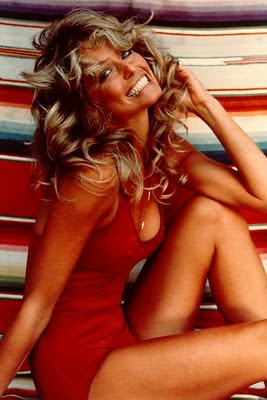 The sublime moment when she emerges out from the pristine waters draped in the delicious white two piece still brings water in the mouths of the male oglers.
Second: Following Ursula close at heels is Raquel Welch who scorched the screen red hot in her animal skin bikini in the 1966 flick ‘One Million Years B.C.’
Third: Grabbing the 3rd spot is the fiery gold swimsuit of Bo Derek from the 1979 comic caper 10.
Fourth: Charlie’s Angels star Farrah Fawcett landed in the fourth rung for her blood red swim suit from a teaser poster.
Fifth: Seems like the iconic James Bond films rule the world of bikini bombs as another two piece bombshell from this Ian Fleming’s fictional world. Oscar winning actress Halle Berry who donned an eye catching orange bikini in 2002 rounded off the top 5. Halle, as you all must fairly remember, triggered everyone’s fancy including Pierce Brosnan’s in Die Another Day.
Source: Pradeep Malhotra in Celebrities, Hollywood
Read the article
at 7:51 AM