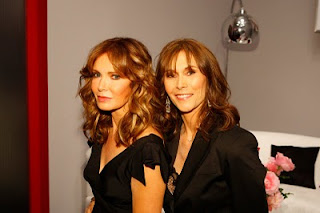 PR Story
CHARLIE'S ANGELS star KATE JACKSON pulled out of joining the FARRAH FAWCETT tribute at the TV Land Awards on Saturday (17Apr10) - because her pal's death is still so fresh.
Fawcett lost her battle with cancer last June (09) and her Charlie's An gels castmate is still struggling to come to terms with the loss.
So she had to pass on the opportunity to pay tribute to the late actress, alongside Cheryl Ladd and Jaclyn Smith at the awards show in Los Angeles.
In a statement to fans, the actress explains, "Farrah was not only my friend, she was an iconic star who allowed us to hit the ground running that first season and spun us into the stratosphere.
"Emotionally, it was simply too soon for me to join my co-stars."
at 8:03 PM 2 comments: 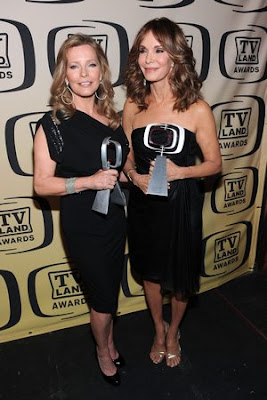 Cheryl Ladd & Jaclyn Smith
How cool is this?
The ageless Cheryl Ladd and Jaclyn Smith were dazzling Saturday night at the TV Land Awards where Charlie’s Angels received an award and their late co-star, Farrah Fawcett was remembered in a tribute. (Nice of Farrah to receive her due after that infuriating Oscar snub last month.)
Cheryl and Jaclyn were handed the pop culture award after Ryan O’Neal introduced a Farrah who died last year.

USA Today reports that Jaclyn and Cheryl recalled when their show was a phenomenon in the 1970s.
“We were rock stars,” Jaclyn said.

Added Cheryl: “We had to sneak in the back doors of restaurants.”

The two were happy to receive the award acknowledgment, but Smith said it was “bittersweet, because we’re missing a lot of members of our family.” They include not only Farrah but John Forsythe, the voice of Charlie, who passed away earlier this month.

“It was so beautiful,” Cheryl said of the Farrah tribute.

“And well-deserved,” continued Smith, noting her omission from the Academy Awards’ recap of the year’s deaths. “It was sad she was left out at the Oscars, but certainly tonight she wasn’t. … You can see the distance her career went and how accomplished she became. And along with it, she was an interesting person, a good person to know, a good person to have on your side. I miss her.”

Cheryl and Jaclyn were members of the show’s cast for four and five years, respectively – longer than any of the other cast members including Farrah (1 full season plus three episodes in seasons 3 and 4), Kate Jackson (3 seasons), Shelly Hack (1 season) and Tanya Roberts (1 season).

They not only were the backbone of the show for most of its run, they are also two very lovely ladies who have conducted themselves with such grace and class over the years. 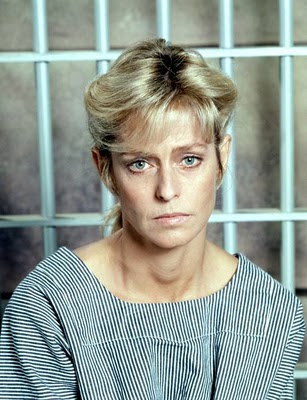 
Film star Ryan O'Neal introducing a moving video to Farrah Fawcett during a special tribute to her.