HATE is the ugliest FOUR LETTER WORD OF ALL 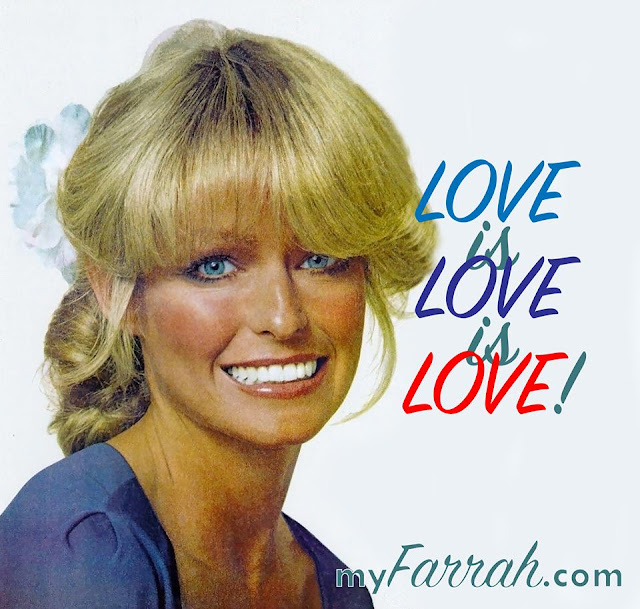 This is truly awful. What is wrong with people? Seriously.

I’m reading Leslie Jones’s twitter account. It’s unbelievable to me that this is what she is responding to, outright racist attacks from a lot of awful people. Jones is, in my opinion. a very funny lady. Love or hate Saturday Night Live (I chose to love it) Jones brings an energy and presence that defies you not to laugh with her. It is rare she breaks character in any skit. The only time I have seen her slip and crack was when Melissa McCarthy was hosting. She is so funny, her delivery her quips and her quick comebacks. In addition there is often a mischievous look, a knowing expression and you see the light in her eyes when a JOKE works and hits home! Her on going banter with Colin Jost is a high point every time SNL is on.. but, sadly, this is not what I am writing about. I’m writing this because I understand what it is like to be blind sided by an attack.


To still be able to breathe but feel as though someone has knocked the wind out of you. To be called a name that cuts you to the core. To be mocked and ridiculed into a defensive stance against people who don’t understand or even value what TRUTH or HONOR or MORALITY means. Forget a rational discussion or any kind of enlightenment.

Some people are so staunch in their own mire of hate and misunderstanding and idea of what IS that you can not crack them like a walnut. They have their own secrets and lives of damages and damage to continue to inflict. No doubt it’s meaningless whatever it is that they really do with their time and their pursuits of self. It would be hard to imagine that they pursue or achieve anything that isn’t self pleasuring or absorbing.

It’s a different kind of affliction these strange human like creatures who speak as you and I do but only ugliness comes out and they seem to happily suffer from and envelope themselves in it then they, in a hushed whisper or a maniacal type laugh, with a tilted head, as though they know what they are doing is shameful and disgusting and must be whispered as people with any kind of moral or good sense of self would correct them immediately, spew their venom.

How can someone so ugly and hate filled contribute much to anyone other than their own destruction? To tear down a stranger simply because they are in a movie or on tv and are experiencing their own happiness and success is pathetic and weak and meaningless.

What is the point? To hurt her? To inflict your sense of nothingness upon someone else? To achieve what? A self high five in the darkness of your limited trash existence? I don’t understand hate. I recognize it. I expect it.
I have learned to walk away, become quiet, and remove myself from situations where those around me are consumed by it. Sadly, it seems that those infected with racism have more rabid followers like themselves to huddle with and carve out their new domain and home in a rotted corpse of hatred. I can’t imagine them in homes, with heaters and Christmas trees, with hugs and families. Least of all I can not imagine them in a movie theater, watching a comedy and enjoying a heartfelt laugh.
I almost feel sorry for them. 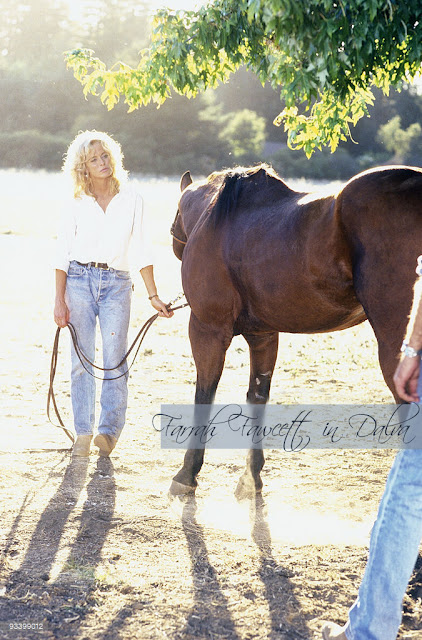 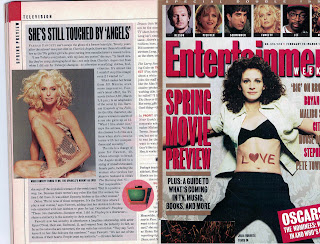 Madonna and Child by Farrah Fawcett (Charcoal) up for sale 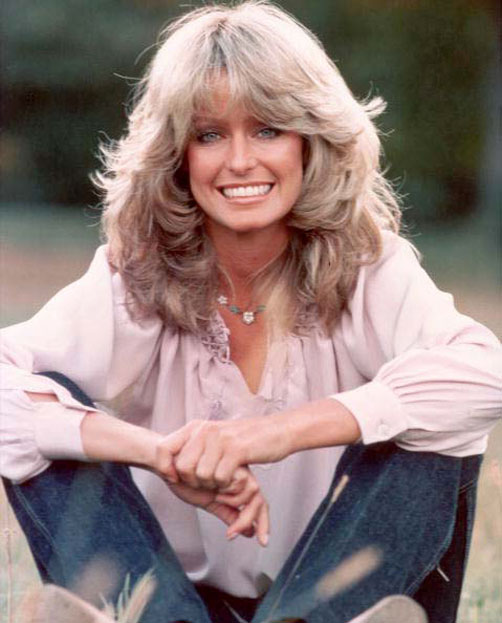 Madonna & Child,
A Charcoal by Farrah 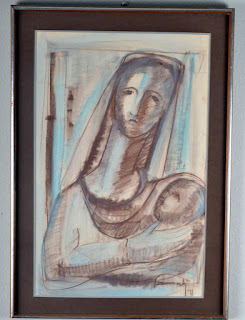 Fawcett. Another of Farrah’s works of art is for sale. Madonna and Child is a work Fawcett has talked about before with her mother. Fawcett surprised her mother and showed her the work after it had been on display.  You can purchase this piece for $20,000.oo via (click 1st dibs for link) 1st dibs. You can read all about Fawcett and her career via myFarrah.com.

From 1stdibs: Probably one of the most meaningful pieces ever for sale by the American icon. Pastel and wash work signed “Farrah” and dated 1971.  Originally from Corpus Christi, Farrah was a student at UT in the late 1960s. She modeled and worked with sculptor Charles Umlauf, and had a job at the Country Store Gallery on Lavaca street, a few steps away from the Austin campus, where she framed and sold art for Raymond Brown.

This piece was purchased there by an Austin art collector in the late 1980s.

Greatly influenced by Charles Umlauf’s realistic style and lyrical themes, this vibrant work is a meaningful testimony of Farrah Fawcett’s quest for truth as she made her debut in the art world. 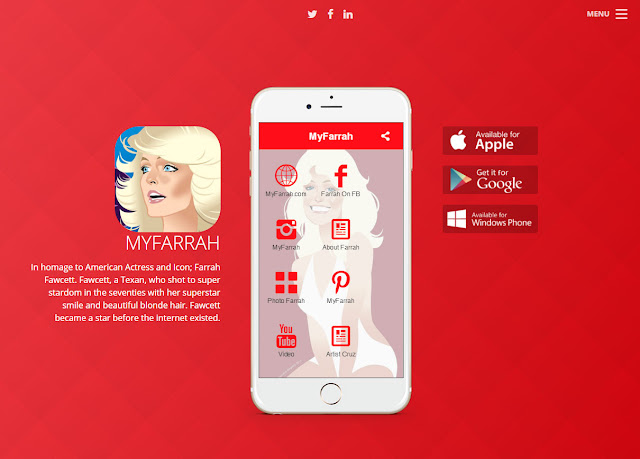 Hello Monday!
Make it a little brighter
with the MyFarrah.com app...
it's free! 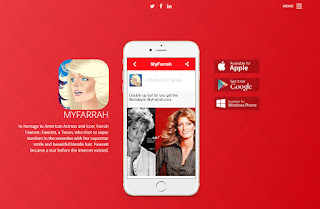 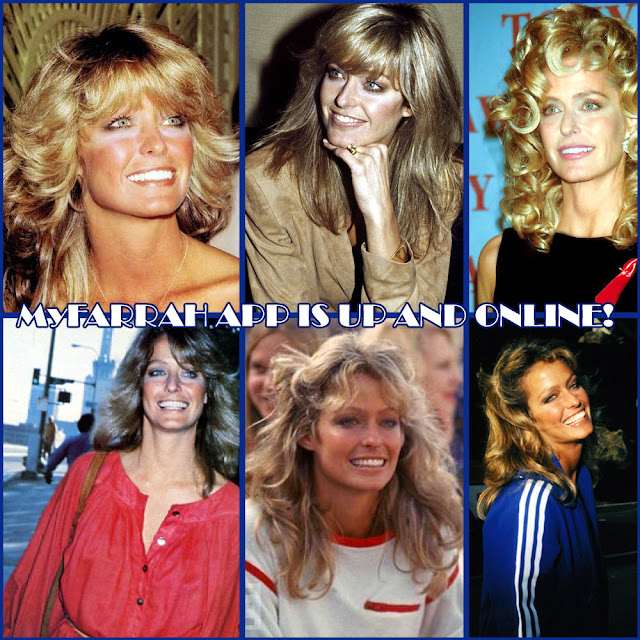 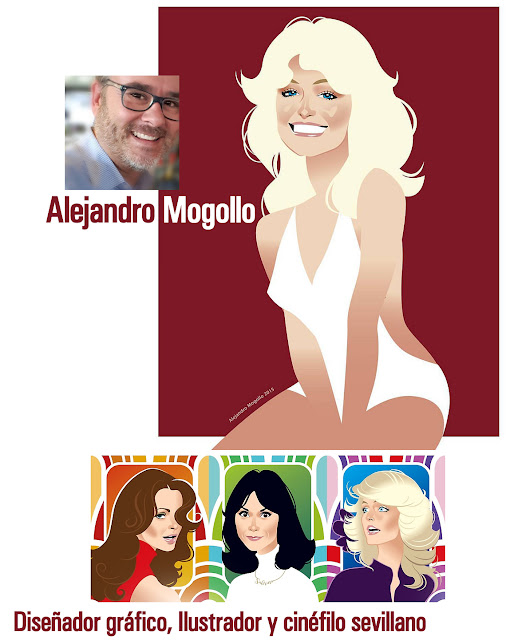 Alejandro Mogollo on drawing Farrah: Like many before me, I’ve been a fan of Farrah Fawcett since I watched her in 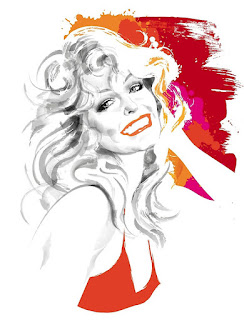 Charlie`s Angels when it first ran in Spain back in 1978. From that minute on I became obsessed with her. I was a kid who liked to draw and I luckily could express my fascination in sketch form. So, every Saturday afternoon I sat in from of the tv set with my notepad and a pencil and started to draw her. It became such an obsession that my parents started to worry. I may have done thousands of sketches that ended up in the trash, because they only served to express my fandom. I wish we had internet back then, because I couldn’t get enough of her in print. I bought every magazine that featured her that I could afford (remember I was a kid and didn’t have much money). When she left Angels, I followed her movie career like a madman. I dragged my older brother along since my parents wouldn’t let me go alone to the movies. God bless my brother, he had to endure such stinkers… but I found all of her movies to be great and she was great in them. Time has passed and I turned my interests to other icons and movie stars but even today, when I come across a picture of Farrah, something physical happens to me, like a chill, butterflies in my stomach. You can’t forget your first love.

A little bit more about Mogollo: I was born in Seville, Spain. Since I was a child I was obsessed with drawing and painting. So much so that, although it was something my parents didn’t think was easy to make a living off, they encouraged it because I had such a passion for it. I studied Fine Arts specializing in Graphic Design here in Seville. When I finished college I got a scholarship at Cornell University, Ithaca, New York, and studied there for a year. When I came back from the States I began working as a graphic designer and art director in a publicity studio, and I’ve been working there ever since. My illustration work is something I’ve been developing these last years. But only on personal projects and on subjects of high interest to me, like my recent contribution with a series of illustrations to the Encyclopedia Madonnica published by Matthew Rettenmund. (*Matthew Rettenmund is a writer, editor and blogger who lives in NYC with his Shih Tzus, his Madonna collection and his emotional baggage. His book, “Encyclopedia Madonnica”, is considered the bible on all things Madonna)

Although my day job is fulfilling and requires creativity on my part, I sometimes miss the sheer pleasure of drawing. The illustration software is so sophisticated now (Adobe Illustrator) that it allows me to create images very close to the organic ones, giving it a distinctive touch, close to airbrush. The process, though digital, remains the same, beginning with the blank canvas, but replacing the pencil or brush with the mouse. In those personal projects I wanted to blend my two passions, graphic art and movie stars. So I started doing these movie portraits that I shared only with friends, just for fun. Then I started sharing them online. Now I have a facebook and Instagram art pages with many followers. It’s been a great journey, being able to share my work with fellow fans all over the world and has brought me the opportunity to get in touch with them and received their wonderful response. As an artist that is so gratifying. I couldn’t ask for more. 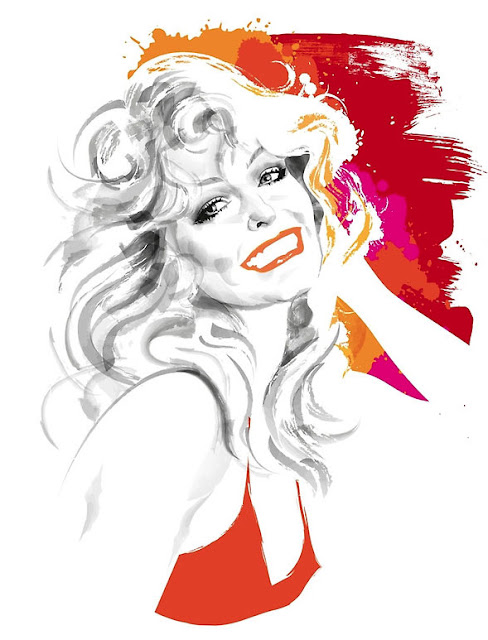 Farrah Fawcett by
this artist:
Alejandro Mogollo
(an illustrator from Spain obsessed with icons and movies)
who is phenomenally talented!
Check out his great artwork https://www.instagram.com/alejandromogolloart/

You can also order some of his art on t-shirts and as stickers...
Visit http://www.redbubble.com/people/alemogolloart/shop 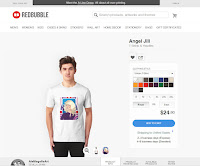 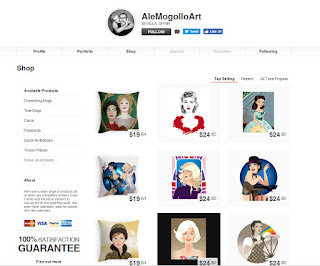 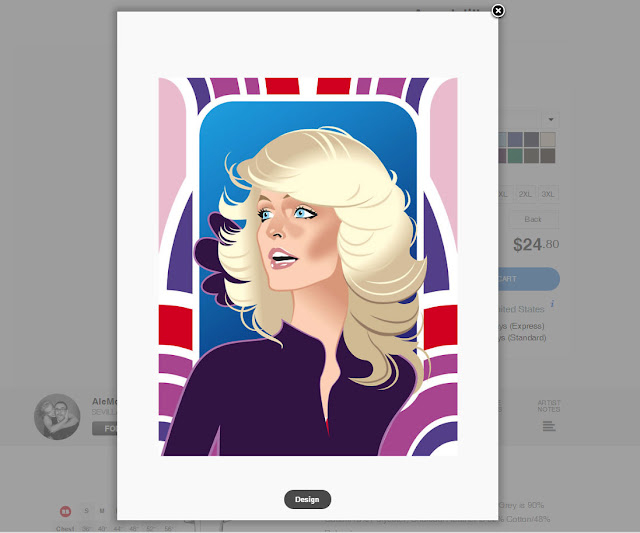